Norway has always been one of those countries you wish to visit but you never really have the right opportunity to make a final decision and go there. Many people are afraid of extreme coldness, but if you visit Norway during summer, in some places can get as hot as in the rest of Europe. So why wait? Here are the top 10 reasons why everyone should visit this “northern beauty”!

1) The happiest country in the world

According to World Happiness Report, Norway officially got the title the happiest country in the world this year, followed by Denmark, Iceland and Switzerland. Norway certainly deserved that title due to high GDP per capita, high life expectancy and good social support for those less fortunate. Even some of their lowest paying jobs are still much higher than the major part of high-paid jobs in the rest of the world. Norwegians are generally very kind-hearted people but it takes time for them to open up to new people. In any case, you will feel more than welcomed, that’s for sure.

The majority of Norway (its northern part) is above the Arctic circle and every summer the sun literally never sets! This phenomenon is called the midnight sun and during summer months the sun is above the horizon for 24 hours. The midnight sun is characteristic for all Scandinavian countries but it lasts the longest in Norway. The most popular tourist attraction for watching the midnight sun is North Cape on the northern coast of Magerøya Island. Interestingly, in Norwegian region Svalbard there is no sunset for 4 full months (from April to August). There is also the opposite phenomenon called polar night which happens during winter months and there is no sun at all – crazy, right?

Exactly this year, the city of Trondheim will celebrate its 1000th birthday. The city was founded in 997 by king Olav Tryggvason although some archaeological findings of Trondheim date from the 8th century. During the Viking Age Trondheim was the capital of Norway, while today it counts around 180 000 inhabitants, making Trondheim the fourth largest city in the country (after Oslo, Bergen and Stavanger). The main attraction in the city is the medieval Archbishop’s Palace which is among the best preserved palaces in Europe. The palace has an amazing collection of  royal jewelry and military exhibits from Viking Age to World War II. In the south wing of the palace is located the Palace Museum where you can see archaeological findings of Nidaros Cathedral, the most significant Gothic church in all of Scandinavia.

Although they were a common thing during Middle Ages, most of the so-called stave churches can be found only in Norway. The biggest one is Heddal Stave Church in Notodden municipality. It was built in 13th century and there is even legend about it that five local farmers managed to finished it in only three days. The one in Oslo, Gol Stave Church is also particular since it makes a part of actual open-air museum incorporated in Norwegian Museum of Cultural History.

5) Feel like standing on top of the world at Trolltunga

Trolltunga or literally “troll’s tongue” is a long rock formation which “sticks out” 1100 metres above the Lake Ringedalsvatnet in Hordaland County. The view from the cliff is truly indescribable but getting there can be quite a challenge. It is recommended to hike to Trolltunga from June to September and the hike should start no later than 09:00 because the hike itself takes around 10-12 hours. Proper equipment is a must, plenty of water, nice weather and you’re good to go! 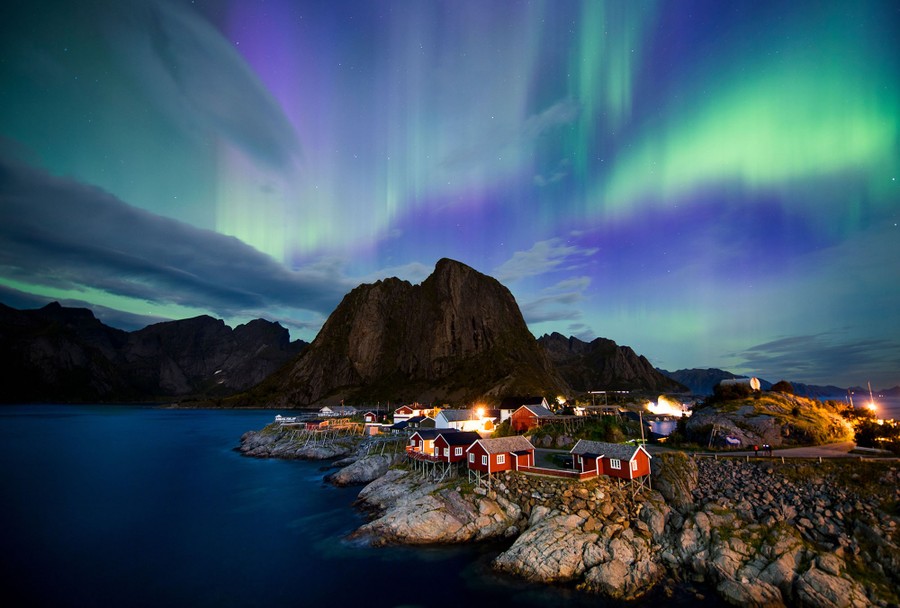 6) Skiing all year ? It is possible in Norway!

Have you ever thought to yourself “how awesome would it be if I could ski down the slopes now” while you were melting under that hot summer sun? Well, that doesn’t have to be only in your imagination. In Norway, people have the possibility to ski all year.  In fact, some ski centres open exclusively in summer months, such as Stryn ski centre, only 6 hours drive from Bergen. And remember, putting on sunscreen before skiing is as important as putting it before heading to the beach!

Aurora borealis also known as polar light is usual phenomenon in the Arctic regions and it can be also seen in some parts of Scotland as well. It usually occurs during September, October, March and April although it is still not completely clear why is that the case. Besides the northern lights, the same phenomenon happens around the South Pole too and it is called Aurora australis. One of the best places to see northern lights in Norway is the city of Tromsø where you can even book a professional “aurora chasing” tour and take the most stunning photos you’ll ever take!

8) Stand in the “air” on Kjeragbolten

Bet you’re asking yourself how is it possible to “stand in the air”? Kjeragbolten in Norway is an unusual boulder which stands between two sides of 984 metre-high mountain crevice and surprisingly – it doesn’t move nor it is THAT dangerous as it looks. Probably the most challenging is to reach Kjeragbolten, however, there are chains installed on steeper parts of mountain to help the visitors. 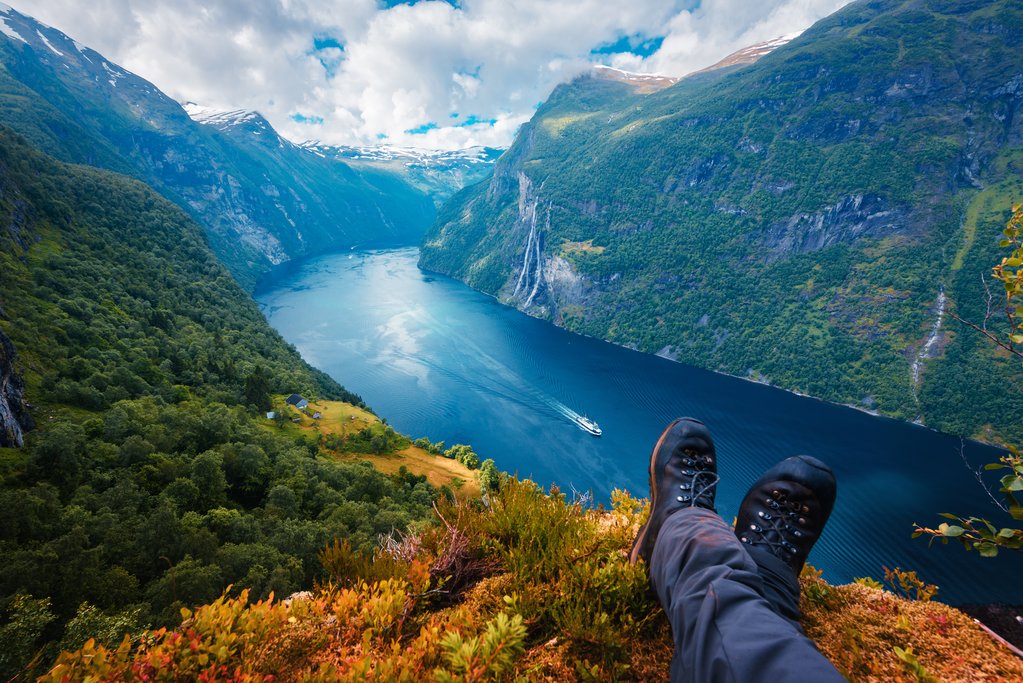 9) And let’s not forget the capital, Oslo

Oslo is, of course, the city you just cannot miss. Oslo is the perfect mix of traditional and modern. The most iconic symbols of the city are the City Hall,  Akershus Fortress and Vigeland Sculpture Park – the largest sculpture park in the world with over 650 sculptures in bronze, granite and iron. Art lovers should definitely visit Munch Museum dedicated to famous Norwegian painter, Edvard Munch. You don’t have to leave Oslo to get the feel of Arctic atmosphere, you just need to visit one of the most visited attractions in the city – the famous Ice Bar. It is a bar entirely made out of ice – walls, tables, stools, even the glasses are made out of ice. The regular temperature is -5 °C and at the entrance you get a coat and gloves to keep you warm.

If you visit the Svalbard Islands north of Norwegian coast, there’s a great chance you might come across real polar bears. Although it takes time to spot them, once you do, it truly become a unique experience. In fact, there are many road signs which indicate the possible presence of polar bears. The best time to visit Svalbard is definitely during summer months when the temperature is relatively high for that area (6 °C) and daytime is even longer than in the rest of Norway. And on top of that, reaching the “capital” of Svalbard, Longyearbyen, is actually pretty easy if you travel from Oslo and Tromso because there are many direct flights and they are quite cheap. However, the flights are the only thing which is cheap. Be prepared for the expenses in Longyearbyen since even the basic pint of beer can cost you up to 7€.

VIEW ALL POSTS BY allsaudijobscom